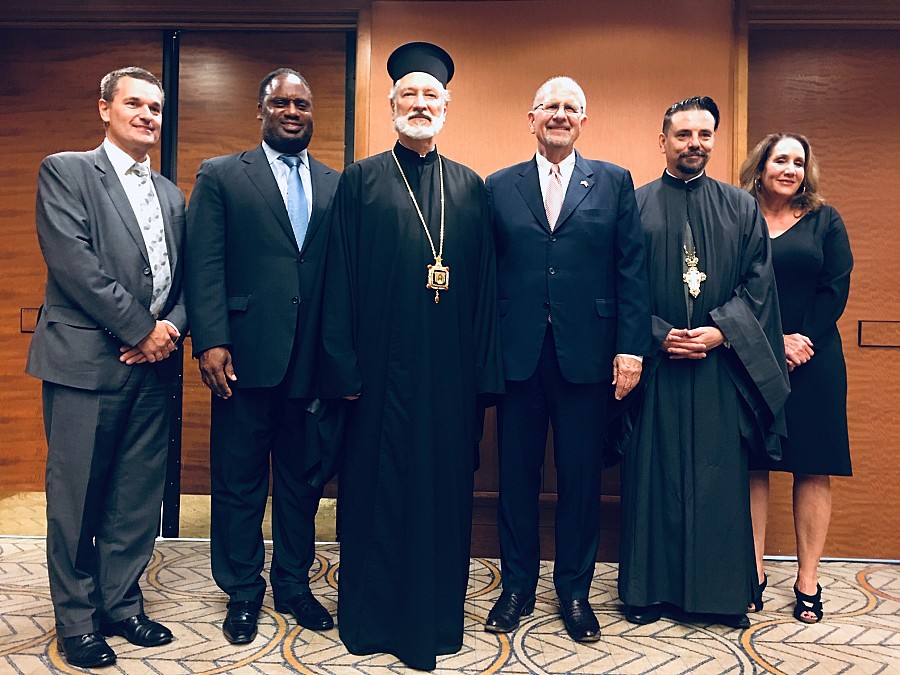 His Grace Bishop Irinej of Eastern America, with the blessings of His Grace Bishop Longin of New Gracanica-Midwestern America, presided over the Service of the Blessing of the Festal Bread and Wheat, assisted by Protopresbyter-Stavrophor Srdjan Veselinovic of Chicago. His Grace congratulated all gathered and spoke about their Patron Saint and the Orthodox understanding of the etymological meaning of law in light of discernment, truth and judgment. He also spoke of the good work that the Honorable Congressman Ted Poe did, among all else, as co-chairman of the Congressional Serbian Congress for the commemoration of the 100th Anniversary of the raising of the Serbian Flag over the White House in 2018.

Bar Association Host and President, attorney Marko Djurich, addressed the gathering concerning the exemplary multifaceted work of the honoree, Judge Ted Poe, retired Congressman from Texas, to help bring to light the work of General Draza Mihajlovic in the historic rescue of the 500 American Airmen during World War II. He then, appropriately, presented the Congressman Poe with Major Richard L. Feldman Merit Award on behalf of the SBA.

Responding in kind, honoree Ted Poe spoke of his admiration for the heroic Serbian people, who were allies of the United States of America in two world wars, and in unprecedented fashion risked their own lives to carry out the single greatest air rescue operation in the history of the USA, Major Feldman being one of those rescued, who devoted the remainder of his life to bring the Halyard Rescue Mission to the light of day, as well as to keep alive the memory of America’s forgotten ally, General Draza.

Among the distinguished guests that evening was, former Congressman Jessie Louis Jackson, Jr. of Illinois, Laura Ayala-Gonzalez, Cook County Circuit Court Judge candidate, and Milan Varadinovic, Consul of Serbia in Chicago, himself an attorney by education, who also addressed the gathering to express his appreciation for the legal profession and its practioners.

Bishop Irinej is also a 2008 recipient of the Merit Award of the Serbian Bar Association. 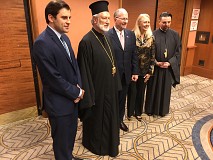