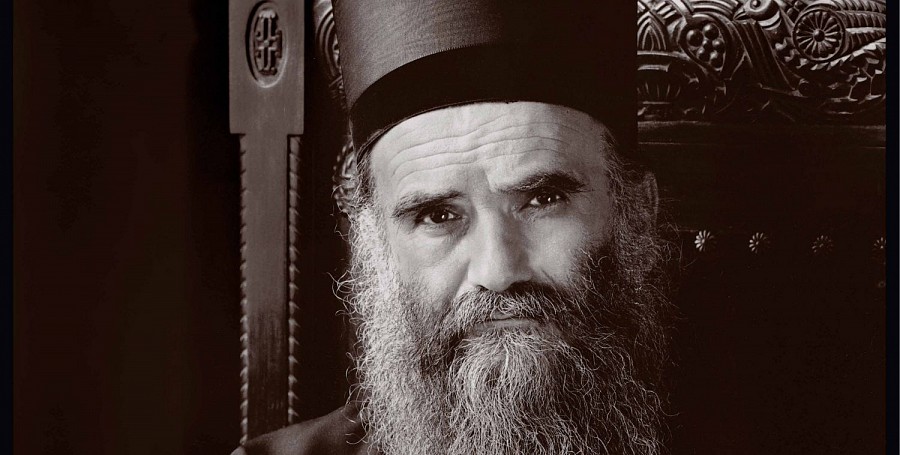 Archbishop of Cetinje, Metropolitan of Montenegro and  Exarch of the Holy Throne of Pec, Amfilohije, after having received the Holy Sacrament of Communion, reposed in the Lord in the Clinical Hospital Center of Montenegro, on Friday, October 30, 2020, at 8.20 am, on the eve of the feast of St. Peter of Cetinje.

The public will be soon informed about all other details regarding the funeral of the Most Reverend Metropolitan. Eternal memory and the Kingdom of Heaven!

Source: Metropolitanate of Montenegro and the Littoral

BIOGRAPHY OF METROPOLITAN AMPHILOHIJE OF (RADOVIC)

He is a descendant of vojvoda Mina Radović who participated in the unification of the Morača region with the Principality of Montenegro in 1820. He studied at St. Sava Seminary and graduated from the Faculty of Theology in Belgrade in 1962. During his time as a seminarian in the late 1950s, Amfilohije knew the great theologian Justin Popović, who infklubnced his thought a great deal. He also studied classical philosophy at the University of Belgrade.

In Paris, Amfilohije studied at the Russian St. Sergius Orthodox Theological Institute, in Rome at the Pontifical Oriental Institute and in Bern at the Old Catholic Faculty. He completed his postgraduate studies in Bern and Rome, and then moved to Greece where he lived for seven years, took monastic vows and worked as a hieromonk of the Greek Orthodox Church.

In Athens, he completed his doctoral thesis on Saint Gregory Palamas and earned a doctor of theology degree. After spending one year at Mount Athos, he moved to Paris and worked as a professor at the St. Sergius Orthodox Theological Institute.

In 1976 he became a docent and later professor of Orthodox catechesis at the Orthodox Faculty of Theology in Belgrade. He is an honorary doctor of the Moscow Theological Academy since 2006 and of the Institute of Theology of the Belarusian State University since 2008, etc.

On 21th July 1968, on the feast of Holy Great-martyr Procopius of The Holy Assembly of Bishops of the Serbian Orthodox Church elected him as Bishop of Banat in May 1985. He was consecrated in the Cathedral Church in Belgrade on 16th June 1985 by the late Serbian Patriarch German with the concelebration of Metropolitan Danilo of Montenegro and the Littoral and Bishops Nikanor of Backa, Hrisostom of Branicevo, Stefan of Zicaa, Sava of Sumadija, Nikolai of Dalmatia, Milutin of Timok, Vasilije of Zvornik and Tuzla, Vasilije of Australia and New Zealand, Jefrem of Banja Luka and Danilo of Marcha. Metropolitan Procopius of Kefalonia was among them as well. Amfilohije’s enthronement took place in Vrsac on 21st July 1985.

By a decision of the Holy Assembly of Bishops of the Serbian Orthodox Church, Bishop Amfilohije of Banat was promoted as Metropolitan of Montenegro and the Littoral with a seat in Cetinje in December 1990. On 30th December 1990 the solemn enthronement was performed by Patriarch Pavle of the blessed memory with concelebration of bishops at the Monastery of Cetinje.

Metropolitan Amfilohije spoke Greek, Russian, Italian, German and French. He is a member of the Association of Writers of Serbia and Montenegro.