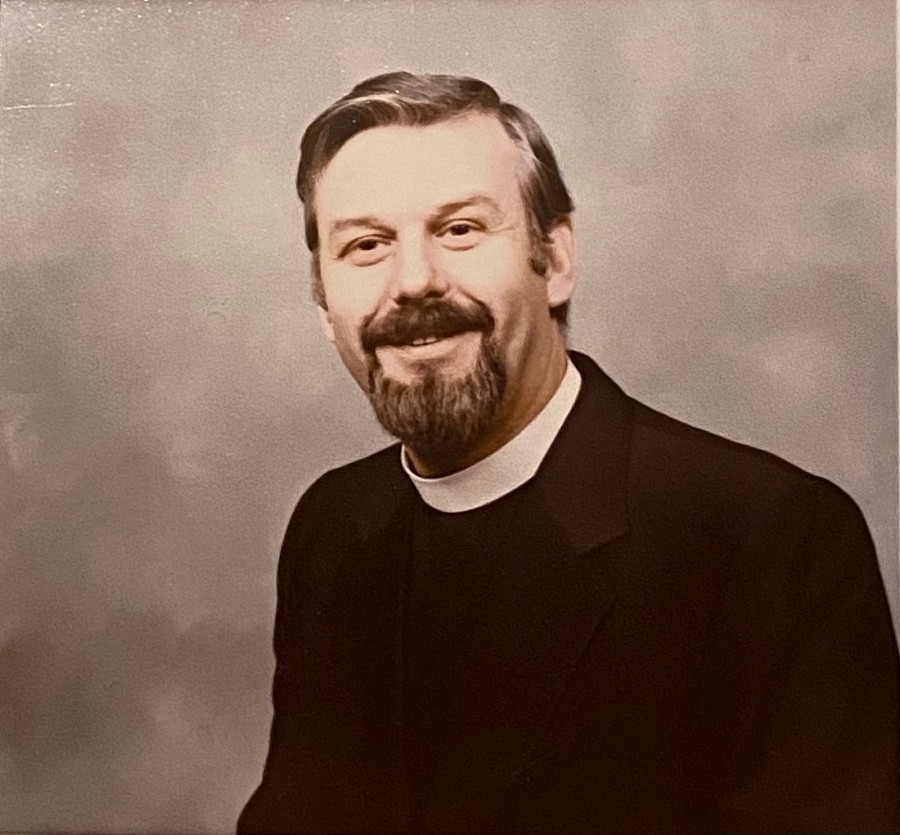 The Very Rev. Protopresbyter-Stavrophor Dragoljub C. Malich, who died peacefully and with a slight smile on his face on April 19, 2021 was born on April 26, 1936 in Rekavice, Banja Luka, in what is today the Republika Srpska section of Bosnia-Hercegovina and was then the Royal Kingdom of Yugoslavia, to the late Cedomir Malic, Chetnik Resistance Fighter against the Nazi occupiers and Communist revolutionaries during WW II, and Radojka (nee Balaban) Malic.

He attended the St. Sava Seminary in Belgrade, graduating in 1960.  Yugoslavia was still under a dictatorship that did not allow emigration at that time, so he escaped with a friend to Italy, where an Amnesty organization provided refuge and sponsored him to emigrate to the United States, where he sought freedom.

He lived for a time at St. Vladimir’s Seminary in New York City, and studied at Columbia University, Milwaukee Institute of Technology and Penn State University.

He made his way to Milwaukee, Wisconsin, where his fiancé who was still overseas had family that had been in the US since 1901.  They sponsored her to emigrate as well while a Wisconsin Congressman sponsored a private citizenship bill on his behalf.

He has served as Episcopal Deputy of the Eastern American Diocese of the Serbian Orthodox Church, Co-chairman of the Refugee Relief Committee of the Eastern American Diocese in partnership with former President of Pittsburgh City Counsel Robert Rade Stone (the committee was awarded the Order of St. Sava for exemplary merit by the Serbian Orthodox Patriarchate), Spiritual Advisor of the Federation of Circles of Serbian Sisters of the Eastern Diocese, and Administrator of the National Clergy Pension Fund.

The Funeral Service will be officiated by His Grace Bishop Irinej of Eastern America, St. Nicholas Parish Priest Presbyter Stefan Djoric and visiting clergy, at the St. Nicholas Church, Monroeville, PA on Friday, April 23, 2021, 6:30 to 8:30 PM.  Fellow clergy will be pallbearers.

The hearse will stop by the old St. Nicholas Church in Wilmerding on its way to the funeral.  Services will be simultaneously held in Father Malich’s boyhood Church in Rekavice overseas.

Divine Liturgy followed by Memorial Service (Pomen) will be served by the Rev. Presbyter Stefan Djoric and V. Rev. Presbyter George Veselinovic, Dean of the Pittsburgh Deanery of he Serbian Orthodox Diocese of Eastern America, at the St. Nicholas Church, Monroeville, PA, on Lazarus Saturday, April 24, 2021, 10:00 AM.

Burial will be on Holy Monday, April 26, 2021 at the St. Sava Serbian Orthodox Monastery, Libertyville, Illinois, time to be announced.  Prota Dragoljub will be buried on his 85th birthday.

All arrangements are being made by the Alfieri Funeral Home in Wilmerding, PA, and in lieu of flowers the family suggests donations to the St. Nicholas Serbian Orthodox Church, 2110 Haymaker Road, Monroeville, PA  15146.