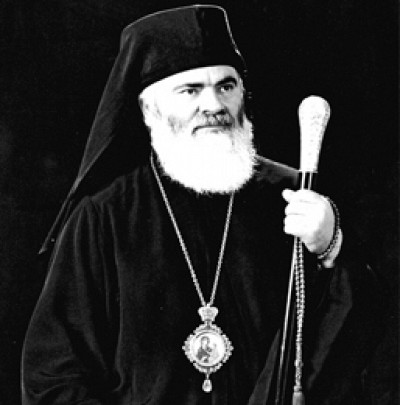 We inform the public and the faithful that on December 17, 2021, at 3 pm, the Most Right Reverend Bishop of Western Europe, His Grace Luka, reposed in the Lord. May God grant him His kingdom of heaven and eternal memory! Funeral time and date is forthcoming.

He was born on October 30, 1950 in Piskavica near Banja Luka. He graduated from the Theological Seminary of the Holy Three Hierarchs in Krka Monastery in 1971, and studied theology in 1982 at the Saint Sergius Institute in Paris. He was tonsured a monk on June 26, 1976, and the same year, on the feast of the Holy Prophet Elisha, he was ordained a hieromonk by Bishop Nikolaj of Australia and New Zealand.

He joined the brotherhood of the St. Sava Monastery in Eilat, Austrailia from 1982 to 1992. The Holy Synod of Bishops of the Serbian Orthodox Church, at its regular session in 1992, elected Archimandrite Luka as Bishop of Australia and New Zealand. The consecration took place at the monastery of the Presentation of the Most Holy Mother of God in Belgrade on August 17, 1992, officiated by Serbian Patriarch Pavle with the participation of a large number of bishops. In the same year, he was enthroned on the throne of the Australian-New Zealand Bishops in the monastery of St. Sava in Eilaine.

In 1997, he was elected Bishop of Western Europe, with its headquarters in Paris, and at the same time served as administrator of the Diocese of Australia and New Zealand until 1999.