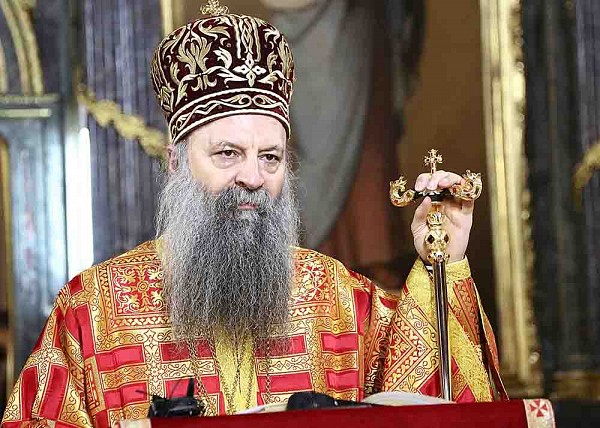 His Holiness Serbian Patriarch Porfirije will make a visit to the United States of America from January 24 to February 5, 2023.

His Holiness is scheduled to visit the parishes and Church-School Congregration of St. Sava in New York, which the Holy Synod of Bishops has entrusted to him for spiritual care until the conditions there are completely normalized. His Holiness, the Patriarch, will have an opportunity, while on location, to be updated on the rebuilding process of the Cathedral of Saint Sava in New York City, which burned down in a fire on Pascha 2016.

While in New York, His Holiness will attend the solemn celebration of Saint Sava - the patron Saint of the Orthodox Serbs there, on the feast day.

During his stay in New York, His Holiness will hold several meetings related to the renewal of the liturgical life of Orthodox Serbs in New York, as well as the renovation of the St. Sava Cathedral.

In the second part of his visit, from January 29 to February 4, His Holiness will visit the Saint Sava Orthodox Theological Faculty in Libertyville near Chicago, where he will hold several meetings with the dean, administration, teachers and students of the only higher education institution of the Serbian Orthodox Church on the North American continent, and will attend the solemn celebration of St. Sava organized by the faculty and students of this school. A meeting of His Holiness with the hieararchs of the Serbian Orthodox Church in North, Central and South America is also planned to be held at New Gracanica Monastery in Third Lake.