Assembly of Orthodox Bishops Recommits to Orthodox Unity in the USA 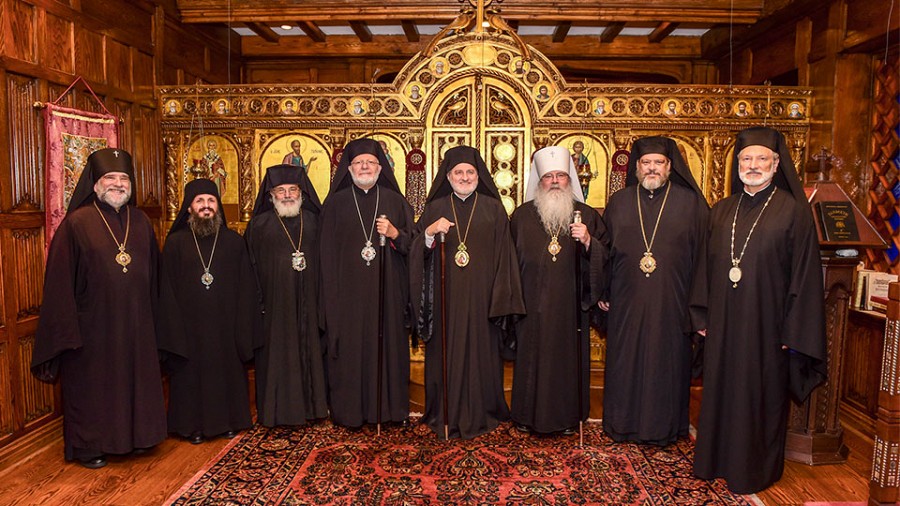 NEW YORK – The Executive Committee of the Assembly of Canonical Orthodox Bishops of the United States of America met today, under the chairmanship of Archbishop Elpidophoros, to discuss the state of Orthodox Christian unity in the USA. Recognizing the challenges in global Orthodoxy, the jurisdictional representatives reiterated their commitment to the local faithful of America and rededicated themselves to fulfilling the call for canonical normalcy and pastoral unity on contemporary issues.

The meeting began with jurisdictional updates followed by the Secretary’s report on the activities of the body since the last Assembly meeting in October 2018. The Executive Committee went on to discuss the Assembly’s structure including committees, agencies, endorsed organizations, and dialogues, and decided to analyze all components prior to the next Assembly meeting in order to determine the best path to achieve the ultimate goal of unity. The heads of the jurisdictions committed to regular concelebration and look forward to the annual Sunday of Orthodoxy celebration in March 2020 in New York. In addition, all other hierarchs, clergy, and laity are encouraged to organize regionally.

Responding to an appeal of Orthodox Christian mental health professionals, the Executive Committee decided to mandate its Endorsed Organization, Orthodox Christian Association of Medicine, Psychology and Religion (OCAMPR), to develop a task force to address the issue of mental health. OCAMPR will work in partnership with the Assembly, through the Office of the Secretariat. Additionally, the bishops received an appeal from Orthodox Christian organizations working on the crisis of homelessness. In response to their recommendations, a working group to develop an Orthodox Volunteer Corps, under the guidance of the Assembly Secretariat, was sanctioned.
Finally, the date and location was established for the 10th Anniversary Meeting of the Assembly of Bishops: May 2-5, 2020 in Washington, DC.

Source: Assembly of Canonical Orthodox Bishops of the United States of America